Edgar Allan Poe’s vitriolic biographer lives out his last night when a visitor comes to call. Using excerpts from Poe’s life and stories.

Based on Charles Dickens book

Based on Charles Dickens’ book

Performed at the Library Theatre.

A stage adaptation of the Dickens Christmas story using a small cast.

Performed around Huntingdonshire, as part of the celebrations of the anniversary of Oliver Cromwell’s birth.

What happened to Oliver Cromwell’s Head when it was blown off  London Bridge and ended up in the hands of actor nearly a hundred years later?

A cross cutting celebration of the life and works of that  famous crime writer Edgar Wallace based on events leading up to the writing of The Four Just Men as well as excerpts from the novel.

Based on Frances Iles book

A small cast adaptation of the classic “Will he get away with it?” thriller of the Doctor who plans to murder his wife.

Performed at a local school in Boston, Lincolnshire as a Community Play.

Based on Fritz Lang film script.

Performed at the Drama Centre, Glasgow

And at the Edinburgh Festival Fringe

A stage adaptation of the classic Fritz Lang film starring Peter Lorre as the child murderer on the run from both the the police and the criminal classes.

Performed at the Athenaeum Theatre, RSAMD, Glasgow by students of the Drama School. Following research done by them and edited by Doc Watson into a play.

Based on the Bram Stoker novel

Inspired by the Hammer Horror series, this is an adaptation that gets right to the jugular of the book.

Performed around Kent and East Sussex and at the Congress Theatre, Cwmbran.

A swashbuckling tale of Eighteenth century smuggling and skulduggery based on a true story.

Based on Thomas Barham stories and poems

Performed by the Marlowe Mobile company touring to Kent and East Sussex.

Using many of the ghost stories from the classic book as the Ingoldsby  family sit down around the Christmas Fireside.

Performed in various village and community halls around Kent and east Sussex.

Documentary play about the lives of the men who sailed theThames sailing barge. Based on taped interviews with those who sailed in them and the wives left at home.

(The Story of the village of Bridge’s bypass)

Based on interviews of those who took part – a comic book version of the struggle in the 1980’s to get a by-pass around the village of Bridge in Kent. 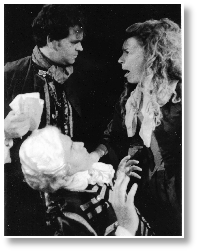